When walking through the old town, which has been declared a World Heritage Site by UNESCO, with its relaxed and provincial atmosphere, it is hard to believe that Bern is Switzerland’s capital. Bern surprises and seduces with every step. The museums are excellent, the drinking scene is dynamic and the residents like to switch from their famous dialect to textbooks in High German, French, or English. Some friends of mine who run an Edmonton roofing company back home, couldn’t stop raving about their time in Bern during their Swiss getaway. Here are the top must-see attractions in Bern, Switzerland. 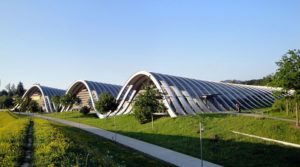 Berner Altstadt
The medieval center, decorated with Bernese flags, has 6 kilometer of covered arcades, cellars and bars that descend from the streets. Following a 1405 devastating fire, the wooden town was rebuilt in sandstone. The Bern bell tower, Zytglogge is the main focal point. Crowds gather to see their silhouettes rotate 4 minutes before the hour, and then the royal carillon begins. Visitors can enter the tower to catch a glimpse of the clock mechanism.

The most famous old town in Bern is this richly decorated bell tower that was once part of the western gate of the city. Crowds gather to see the figures turning 4 minutes before the hour. Then the bell begins. From May to October, tours lead to the tower to see the movement of the clock. The bell tower would have helped Albert Einstein improve his special theory of relativity, which he developed as a patent clerk.

Museum für Kommunikation
After a complete expansion and renovation, the Bern Communication Museum reopened in August 2017. On almost 2,000 square meters of exhibition space, there are interactive stations in world-class technology for researching how and why of human communication with a focus on role-playing technology. Expect interactive, high-tech and interactive exhibits, complemented by the fascinating original collection of computers and retro telephones in the museum. 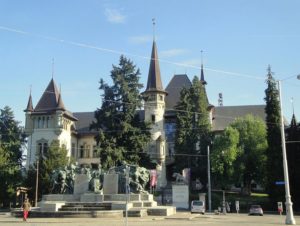 Historisches Museum Bern
Diptychs, tapestries, and other treasures clearly illustrate Bern’s history from the Stone Age to the 20th century in this magnificent castle-like building, the best of a series of museums around Helvetiaplatz. The second floor is the highlight for many; dedicated to an excellent permanent exhibition on Einstein.